Your brain on LSD 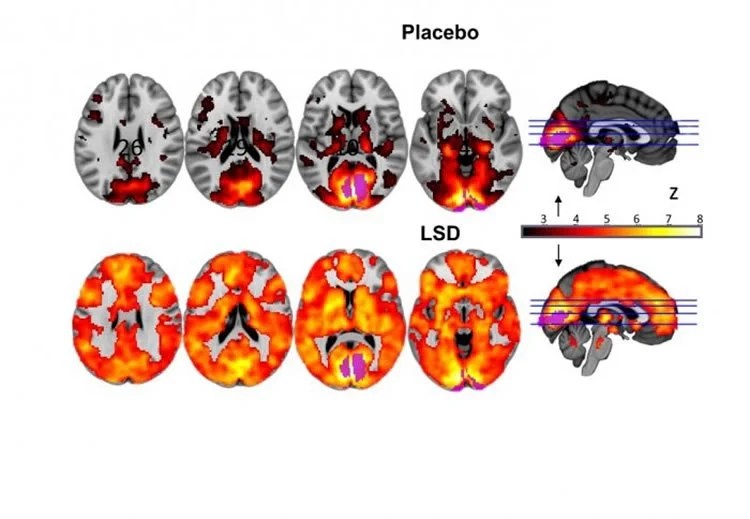 This is Your Brain on LSD
Researchers from Imperial College London, working with the Beckley Foundation, have for the first time visualised the effects of LSD on the human brain.

If you’ve never tried it, that’s kind of what it feels like too.

LSD produces a new type of ‘harmonic’ order in the brain, according to neuroimaging study

“We applied a new analysis, a harmonic decoding of fMRI data, which looks at neural activity in a new way; as a combination of harmonic waves in the brain that we call ‘connectome harmonics’,” Atasoy explained to PsyPost. “The connectome harmonics we used to decode brain activity, which was first introduced in a Nature Communication publication in 2016, are universal harmonic waves, such as sound waves emerging within a musical instrument, but adapted to the anatomy of the brain, i.e. to the human connectome.”

“Translating fMRI data into this harmonic language is actually not different than decomposing a complex musical piece into its musical notes. The connectome-harmonic decoding of the fMRI data under LSD showed that LSD not only increases the total energy of the brain but also enriches the repertoire of connectome harmonics – the basic elements of this harmonic language.”

“This repertoire expansion occurred not in a random manner but it was rather structured, which suggests a reorganisation of brain dynamics and the emergence of new type of order in the brain,” Atasoy said. “We also found that LSD selectively activated high-frequency connectome harmonics and caused the brain activity to self-organize at criticality, right at the balance between order and chaos.

“In summary, we found that what LSD does to your brain seems to be similar to jazz improvisation; just like improvising jazz musicians use many more musical notes in a spontaneous and non-random fashion, your brain combines many more of the harmonic waves (connectome harmonics) spontaneously yet in a structured way.”

But there is still much to learn about the brain mechanisms underlying LSD’s profound effects.

“I think this study was an important step towards understanding the effect of LSD, and potentially other psychedelics, in terms of energy, frequency and the repertoire of brain states,” Atasoy remarked. “It also provided the first experimental evidence to suggest that LSD tunes brain dynamics towards criticality – a delicate balance between order and disorder.”

“But in this study we haven’t yet looked at the neuronal mechanisms that cause these changes in the brain activity and in brain dynamics. I think it is quite important to link these findings to the effects of neurotransmitters, i.e. to the known effects of the psychedelics at a neuronal level.” 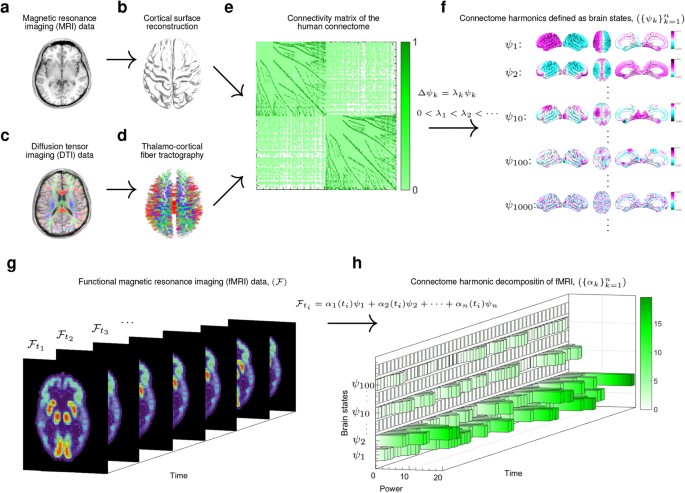 LSD produces a new type of 'harmonic' order in the brain, according to...

New brain published in the journal Scientific Reports sheds new light on how LSD produces its psychedelic effects. The drug resulted in the "emergence of n ...

Yes, this is a complete sentence.

Someone just gave me some to try and I was just sitting here thinking what it would be like when I saw this thread. The fates have spoken!

be careful, I’d recommend very small doses to start out with.

It peaks out after about 4 hours then you start to very slowly come down… that means you’re going to be high as fuck for awhile… higher than you’ve probably ever been in your life, especially if you took the whole thing… a different kind of high than weed… you could even have an out of body experience… first time it happened to me I only took a half hit.

Was it a scary experience? Were you consciously aware of yourself? Did you learn anything new?

I’ll definitely keep that in mind. Thank you.

It’s not a party thing. It’s just an experience thing and I’d like to throw some paint on canvas to see what happens. I’m nervous though.

art, music, etc. great stuff to do while on it!

I’ll have to post what I come up with.

can be a life changing experience

In a good way?

It’s all a matter of perception…