Is there a Political Humor thread? If so, I can't find it

Why did President Clinton name his dog Buddy instead of Spot?

If Trump succeeds Obama as President, does that mean orange is the new black? 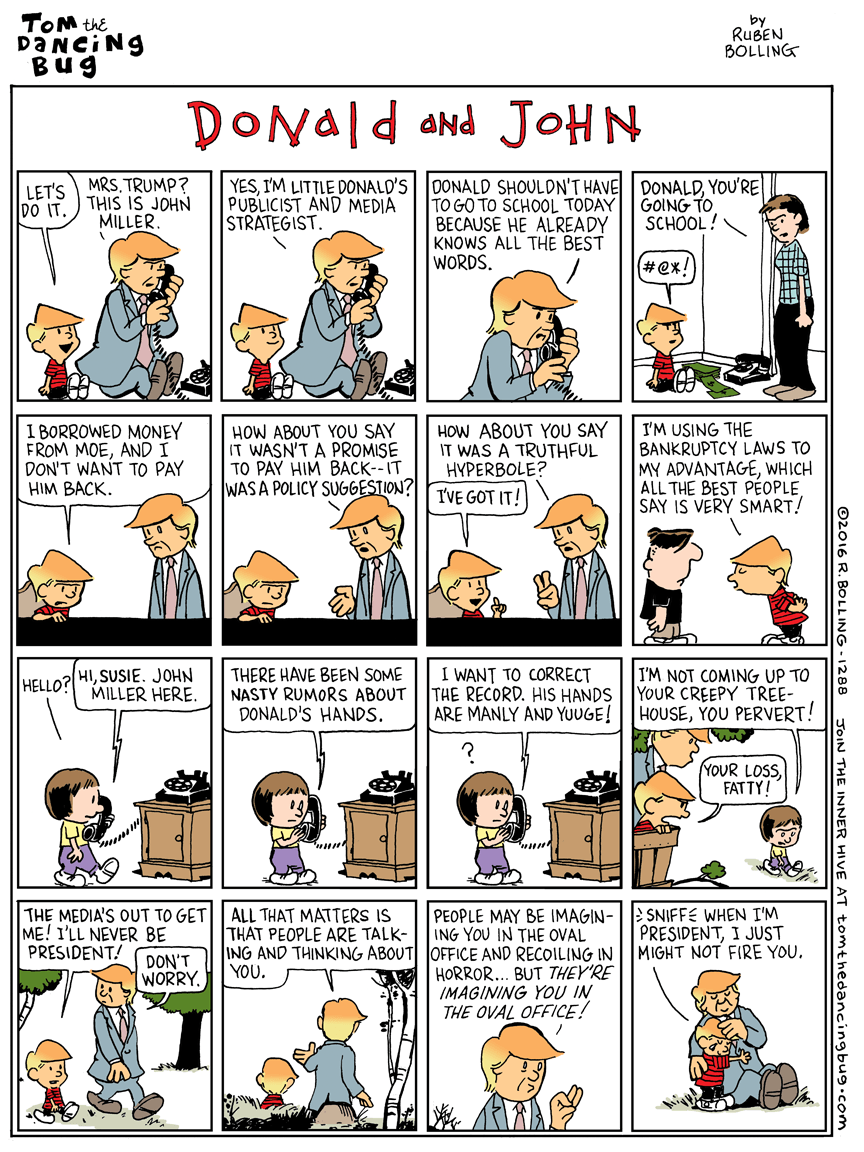 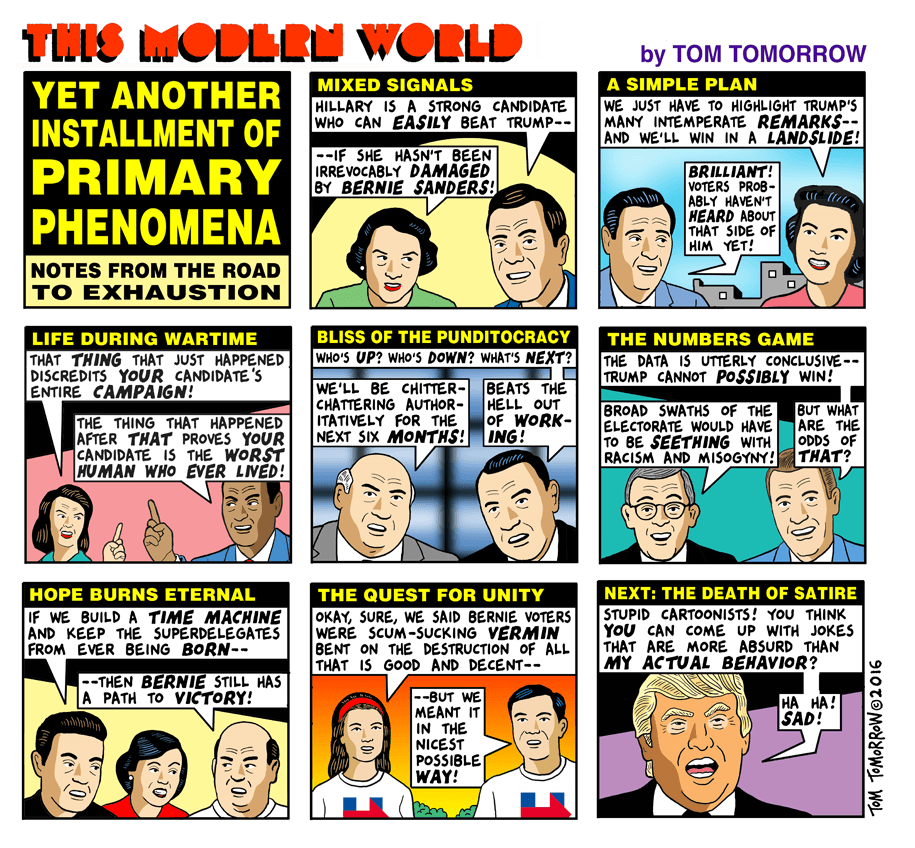 This one’s for BD6 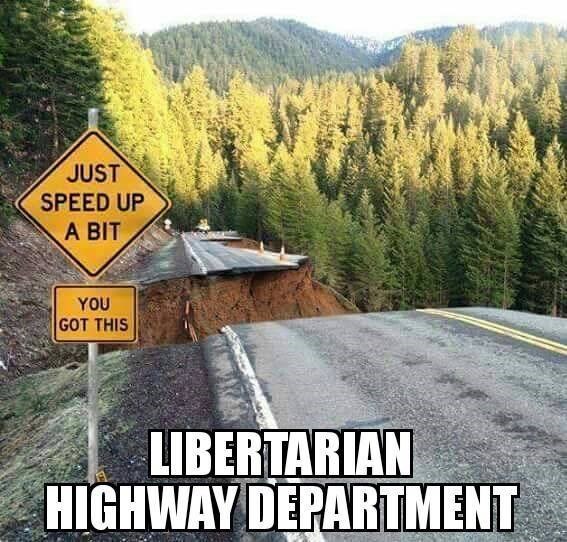 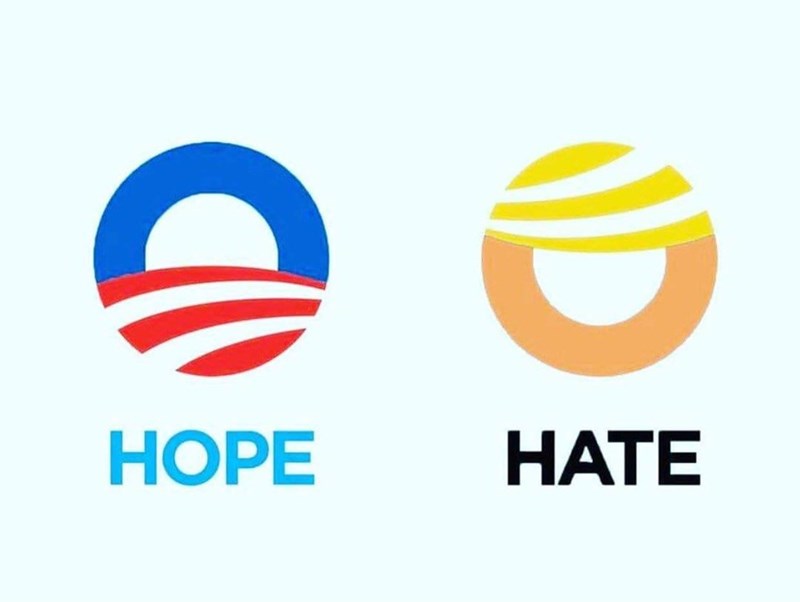 Another gem from 2001, but somehow even funnier today

It started out innocently enough. I began to think at parties now and then – just to loosen up. Inevitably, though, one thought led to another, and soon I was more than just a social thinker. I began to think alone – “to relax,” I told myself – but I knew it wasn’t true.

Thinking became more and more important to me, and finally, I was thinking all the time. That was when things began to sour at home. One evening I turned off the TV and asked my wife about the meaning of life. She spent the night at her mother’s. I began to think on the job. I knew that thinking and employment don’t mix, but I couldn’t stop myself. I began to avoid friends at lunchtime so I could read Thoreau and Kafka. I would return to the office dizzied and confused, asking, “What is it exactly we are doing here?”

One day the boss called me in. He said, “Listen, I like you, and it hurts me to say this, but your thinking has become a real problem. If you don’t stop thinking on the job, you’ll have to find another job.” This gave me a lot to think about. I came home early after my conversation with the boss.

“I know you’ve been thinking,” she said, “and I want a divorce!”

“But, Honey, surely it’s not that serious.” “It is serious,” she said, lower lip aquiver. “You think as much as a college professor, and college professors don’t make any money. So if you keep on thinking, we won’t have any money!”

“That’s a faulty syllogism,” I said impatiently. She exploded in tears of rage and frustration, but I was in no mood to deal with the emotional drama. “I’m going to the library,” I snarled as I stomped out the door. I headed for the library, in the mood for some Nietzsche. I roared into the parking lot with NPR on the radio and ran up to the big glass doors. They didn’t open. The library was closed.

To this day, I believe that a Higher Power was looking out for me that night. Leaning on the unfeeling glass, whimpering for Zarathustra, a poster caught my eye.

“Friend, is heavy thinking ruining your life?” it asked. You probably recognize that line. It comes from the standard Thinkers Anonymous poster. Which is why I am what I am today: a recovering thinker. I never miss a TA meeting. At each meeting we watch a non-educational video; last week it was “Porky’s.” Then we share experiences about how we avoided thinking since the last meeting.

I still have my job and things are a lot better at home. Life just seemed easier, somehow, as soon as I stopped thinking. I think the road to recovery is nearly complete for me.

Today I registered to vote as a Republican.

The butcher pokes his head out and says, “Comrades, the truck will be here shortly, please be patient.”

An hour later, “Comrades, the truck broke down and had to unload some meat. All Jews are requested to leave.”

The Jews grudgingly leave the line.

Another hour later, “Comrades, the truck broke down again. All Ukranians have to leave.”

Another five hours later, “Comrades, the truck broke down again. All non-party members have to leave.”

It’s now past midnight, in the freezing Russian winter. The few party members still left in line are greeted by the butcher, “Sorry Comrades. The truck won’t be coming today. Please go home.”

One of them turns to the other and says, "Damn Jews. They always get the best deals.”