Not humor… what was it like filming the Red Wedding? 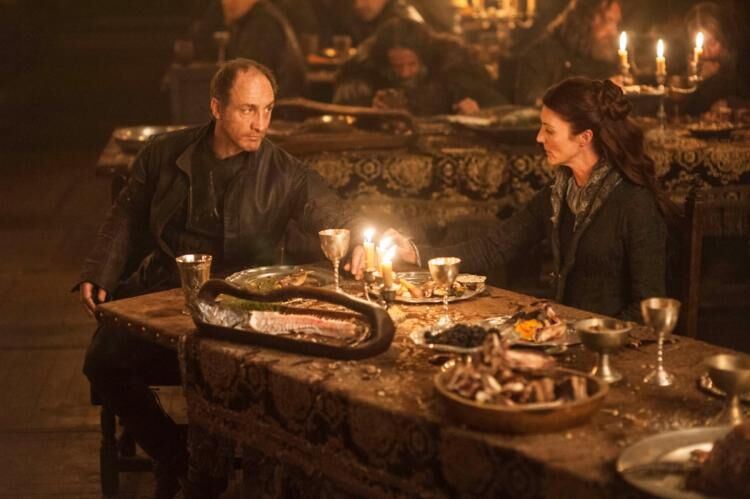 Game of Thrones cast and crew recall every brutal detail of filming the Red...

Trust us, you're gonna wanna grab a box of tissue for this one. Digging through past interviews and taking new ones, Entertainment Weekly has put together...

Tyrion demands a trial by DANCE, his dad Tywin brings it!

r/freefolk - How it really should have gone down

Maisie WIlliams drops a MAJOR spoiler last nite on Fallon, runs off stage… but her recovery is brilliant…

Have I mentioned I have not seen a full episode of GOT yet?

YAY! Sandor’s a mauler and a brawler and fighter. He’ll die but most likely defending one of the Stark girls once more in a heroic send off. I mean behind the arc he saves people. Sansa, Arya, he saved Tormund, saved Jorah from falling off Drogon, he’s kind of that last line of defense as he was for Joffrey, not the Kingsguard, The Hound.

I read a spolier long ago that always made so much sense that I did file it away. The season 7 ender where Cleganebowl is all but promised really made it that much more realistic. Check out if you don’t want to hear it

OK, Benioff and Weiss set up Cleganebowl. Obvious problem, Gregor is in King’s Landing, Sandor is in Winterfell, six episodes yada yada. Rory McCann said outright in Entertainment Weekly he gets a chance to confront his brother. The show set it up, it’s going to happen but how. OK, after the big fight in episode 3, the living lose and many die, RIP Brienne, Grey Worm and Tormund. The rest fall back south. Maybe Arya figures I’m going to kill Cersei or shows Dany how she can be a faceless person and Danys sends her to KIng’s Landing to assassinate Cersei. Either way the spoiler says both Arya and the Hound and Jaime head back to KL. Arya starts doing her thing, the Hound and Jaime split up. Long story short Cersei has a meeting with Qyburn who isn’t Qyburn but Arya with his face and starts going after Cersei. The Mountain protects Cersei and knocks Arya across the room, injuring her badly. The Hound shows up. He fights Gregor and ‘wins’ by toppling a brazier over on him but he’s badly injured and doesn’t last long.

Winter is back today! No, seriously, Oscoda is going to get 5-8 inches of snow starting any minute now. That right there is why my mom never let me go play at The Last Hearth growing up.

I guess it is, Tonight friends, we prepare for war 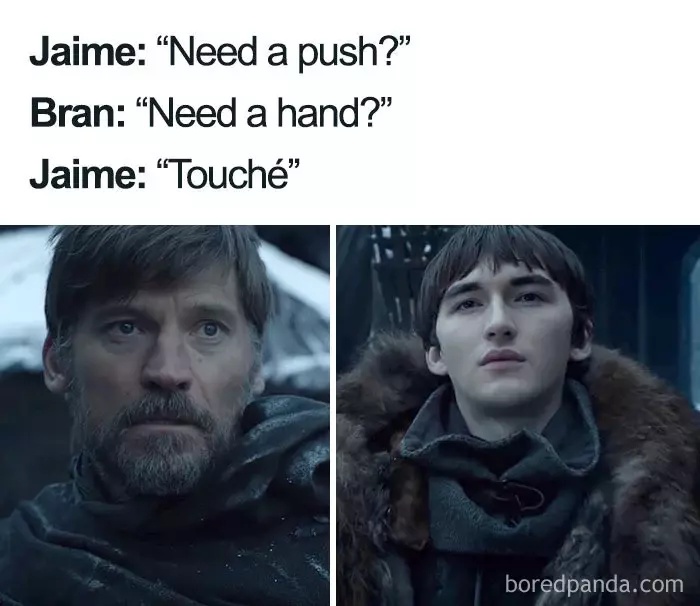 Since tonight is THE CULL, and everyone can think of their favorite characters as both alive or dead right now on Twitter I called the episode ‘Schrödinger’s Cast’

All good giant-ass battles have someone who comes in at the last minute to save the day. Unless the living are completely routed out I’d guess tonight may see the return of the Red Witches, The Fiery Hand and Army of R’hllor come to fight for either Jon (Aegon Weasley) or Dany for the Prince or Princess who was promised.
Lord of Light, Azor Ahai, Lightbringer.